Today we’re rolling out another patch following on from recent hotfixes. This update addresses a number of bugs along with the highly anticipated adjustments to Threadripper processors and patches for memory overclocking on Intel chipsets. As before, we’d like to thank the community for all of their feedback which has been key throughout development – iterating this quickly wouldn’t be possible without you. But first, along with today’s changes…

Continuing our commitment to keeping up with an incredibly busy hardware season, today we’re happy to welcome Zen 3 processors to PC Building Simulator, with special thanks to the team at AMD. These parts are unlocked at level 33 (with the 5950x being unlocked about 1/3rd into the level itself). 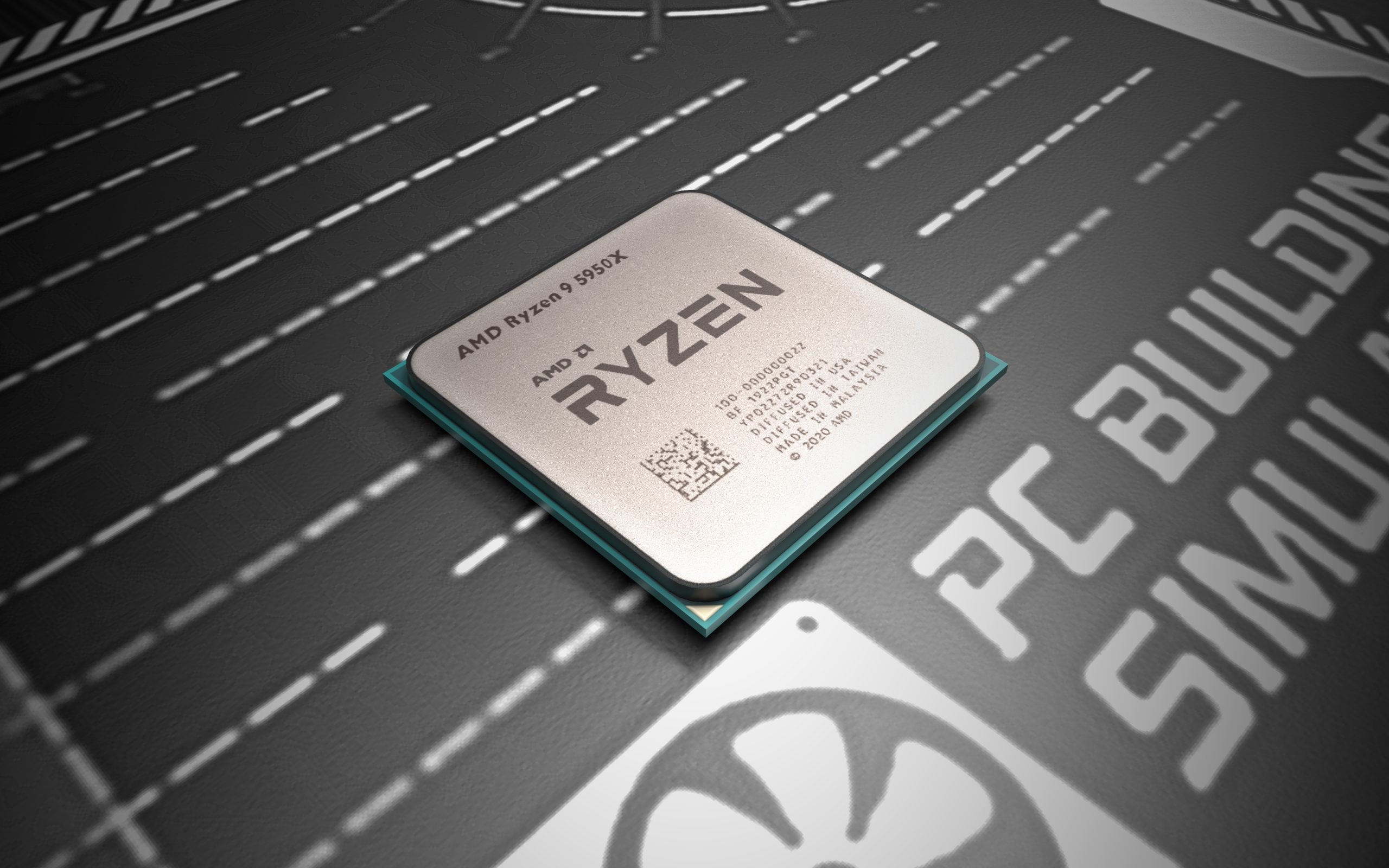 Thousands of fans tuned in to AMD’s recent ‘Where Gaming Begins’ announcements, so as with the NVIDIA GeForce RTX™ 3090 added in last month’s mega update we wanted to get initial versions to everyone as soon as possible. Players can expect a more expansive update to follow soon, and as ever there’s room for traditional speculation over on our discord.

Along with introducing the latest AMD desktop processors we wanted to assist players in conquering Threadripper CPUs in PC Building Simulator. Referring to a large selection of published benchmarks we aimed to bring the thermals of the famous enthusiast chip closer to real world data.

After significant adjustment behind the scenes we’re now allowing much easier cooling at stock, however more extreme builders can expect it to remain a hefty overclocking challenge. Additionally, with these changes we’re allowing ourselves much more room to tune all flavours of cooling in future across PC Building Simulator’s entire CPU range.

In the last update, memory overclocking was inadvertently limited on Intel boards and only appeared when paired with K or X series processors. Today it’s back and working as intended allowing overclocking and XMP to correctly appear on boards across the Intel chipset range.

Finally, we’ve got a several other fixes going into this patch along with some tweaks to the new filter system. Check out the full list below:

Stay up to date

Looking for advice before jumping into our recent in game overclocking competition? Show us your builds in game and real life? Discuss the latest hardware in real time? Join us on all our official platforms here: