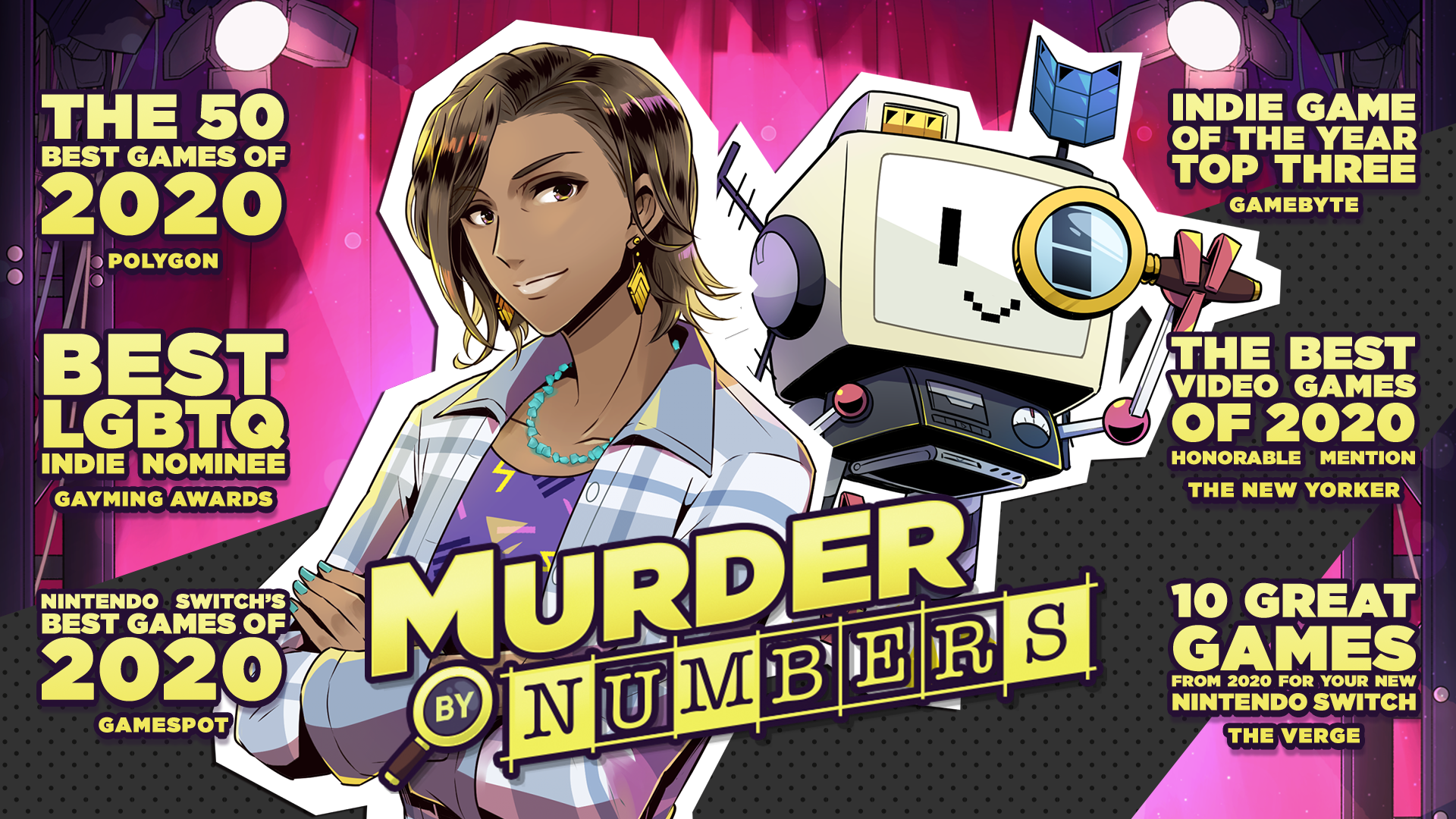 Murder By Numbers OUT NOW on Epic Games Store & Stadia!

We recently celebrated the one year anniversary for Murder By Numbers on Switch & Steam with some brilliant party artwork from character artists Moa and Damu, as well as announcement of the OST on vinyl and free digital platforms!

And today we are continuing the Murder By Numbers themed celebrations, we are pleased to announce that our beloved game is now available on Epic Games Store & Stadia 🎉

Want to know more about Murder By Numbers? You got it!

Los Angeles, 1996. Honor Mizrahi was just an actress on a hit TV detective show. But when her boss ends up dead just minutes after he fires her, she finds herself starring in her own murder mystery. Teaming up with SCOUT, a reconnaissance robot thrown away after a mysterious incident, she sets out to clear her name – and a new detective duo is born.

Follow the sassy team on Twitter for all the news and updates around the wonderful world of Murder By Numbers!

Enjoy our antics at The Irregular Corp? Follow us on our social channels below!