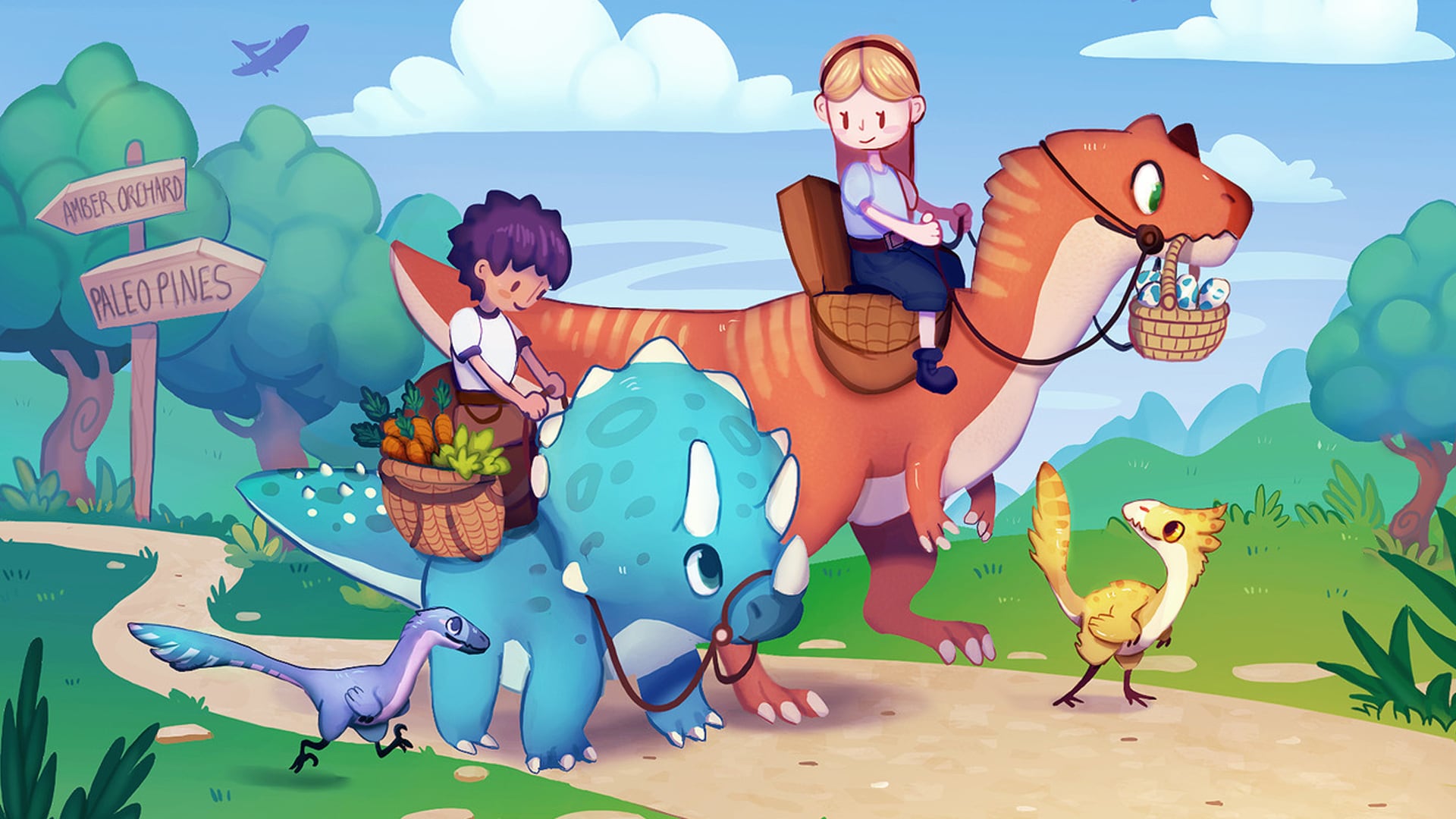 The Irregular Corporation, Italic Pig and Northern Ireland Screen have just joined forces on a Jurassic journey of prehistoric proportions to kick off production on the definitive dinosaur ranching game you never knew you were waiting for. To get the first important question out of the way… Yes! You CAN pet the dinos!

What we can tell you so far

Paleo Pines is a casual social/management sim where players can become dinosaur ranchers. In a wholesome, friendly environment, dozens of dinosaur species are befriended, cared for and ridden into the wild to search for more and expand the ranch. It was first conceived at Global Game Jam by concept artist Jordan Bradley:

“I was tired of dinosaurs always being portrayed in film as ‘monsters’. I thought, surely I can’t be the only one who just wants to pet one on the nose!”

Jordan posted several of her concept drawings on Twitter, and they instantly gained a tremendous following.

Far from movie monsters, the dinosaurs in the game are adorably-stylised versions of real dinosaur species, and all of them are pettable, ridable, and lovable. In this adorable game you can:

The majority of the development for ​Paleo Pines​ will take place in Northern Ireland at Italic Pig studios in Holywood, County Down. Italic Pig has ramped up its team to more than double the size to recruit new 3D artists, riggers and programmers from throughout the UK, bringing them to Northern Ireland for the duration of the 18-month production. It is hoped that the team will continue to grow following on from a successful launch expected in 2021.

We’re extremely happy to be supporting this game and look forward to sharing many more ridiculously cute dinosaur updates, gifs and memes!