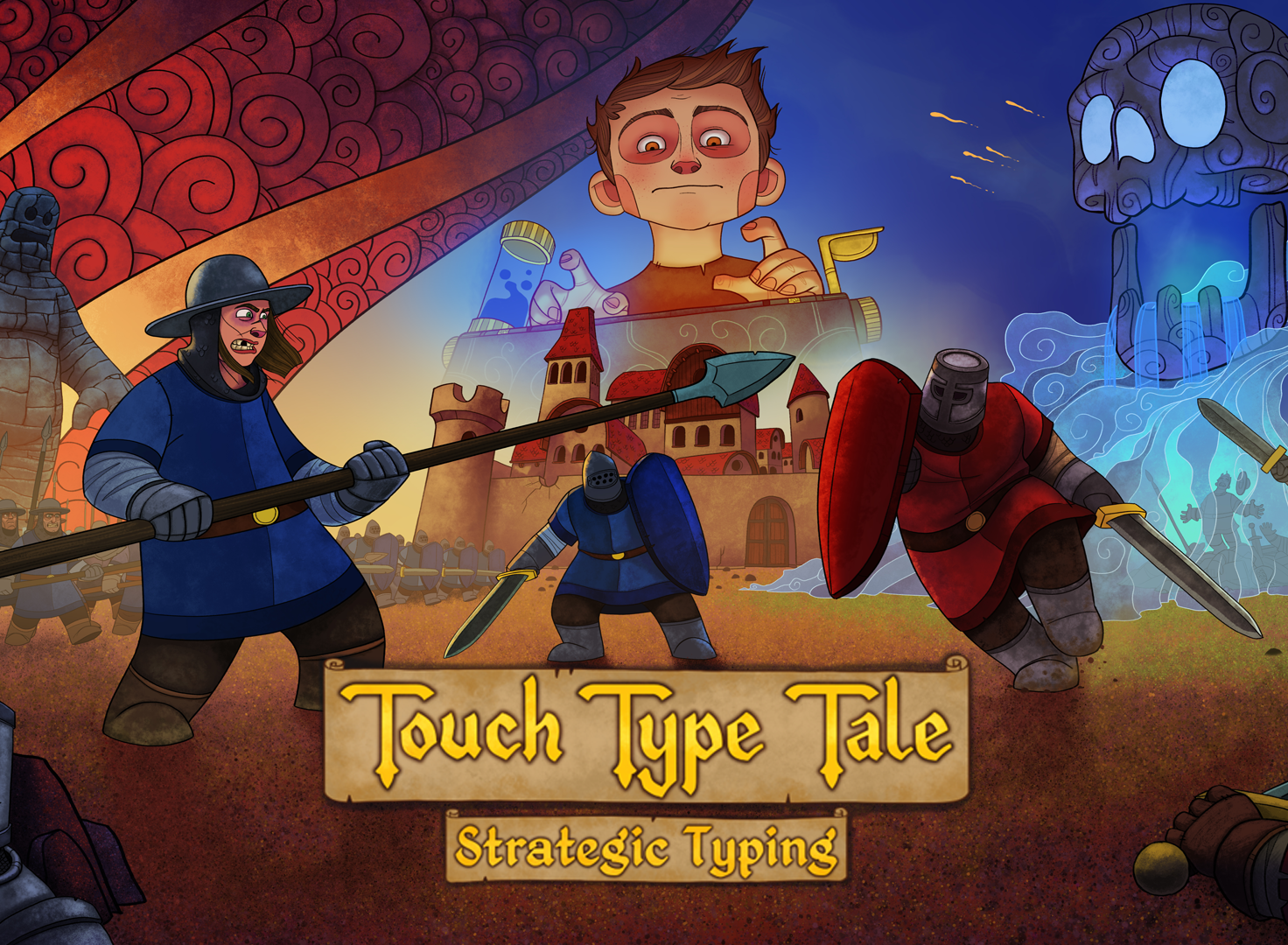 We’re delighted to announce that we’ve partnered up with the talented team at Pumpernickel Studio to publish Touch Type Tale! We have made the decision to officially name this day Touch Type Tuesday from this moment forth, in anticipation of all the fierce typing battles that await us.

What is Touch Type Tale?

Touch Type Tale is a real-time strategy game with a typing twist!

During a spell-binding single player story campaign, join our unlikely hero, Paul, as he tries to defeat the evil at his door. With the throne standing empty and barbarians at the gates, he must leave his home and venture forth to save the kingdom!

Travel through uniquely diverse missions and scenarios that are each designed to reflect the story, creating new challenges at every turn, and keeping a player on their toes… or perhaps we should say fingertips 😉

Touch Type Tale is the ultimate underdog story asking you to defend the kingdom with just your keyboard and fight back the hordes of enemies – those from without, and some from within the realm – requiring touch-typing prowess and blistering typing accuracy.

And when you have mastered the art of typing, take your skills to the gates of other players and engage in chivalrous competition in online multiplayer skirmish battles. Relive your conquests with replays and emblazon your name on the pages of history through the ranking system.

Asynchronous language options allow players to enjoy the story while testing their fluency with another language through the typing gameplay.

For those questing for the ultimate typing challenge, an extensive selection of difficulty modes will invite you to test your mettle again and again!

🔹 Competitive online multiplayer including a ranking system and replays

🔹 New layers of challenge offered by the typing gameplay

When will Touch Type Tale release & where can I play it?

Touch Type Tale will release later this year on PC (Steam). You can wishlist the game right here:

Who is Pumpernickel Studio?

Pumpernickel Studio is an independent game studio made up of a team of three passionate developers located in Münster, Germany. Touch Type Tale is the debut project developed by the studio.