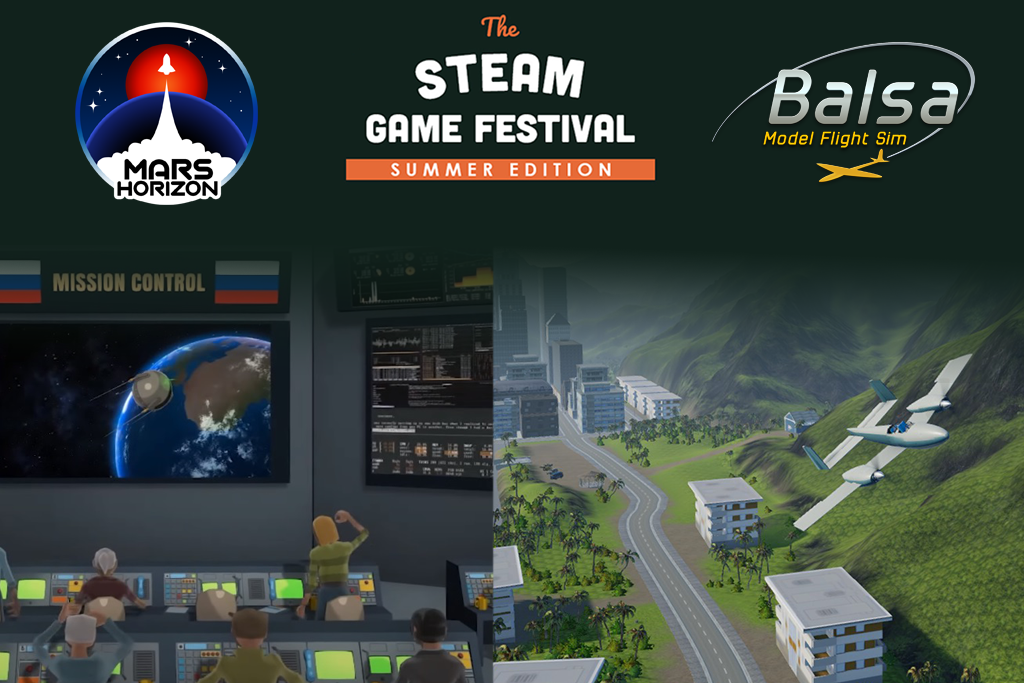 Give it a try! Join us for the Steam Game Festival!

We have two games featured in the Steam Festival this week, you can play the demos for free and tune into some developer gameplay livestreams!

The Steam Festival is now live and will be running from June 16th – 22nd!

Check out more information below and set yourself a reminder for the developer gameplay livestreams!

Balsa is a detailed Model Flight Simulator with a powerful editor where you can design, build, fly and battle with model aircraft. Developed by the creator of Kerbal Space Program, Felipe “HarvesteR” Falangh!

The developers will be showcasing the demo gameplay on Thursday 18th June at 4pm BST!

Take control of a major space agency in this strategy simulation game. Launching from the dawn of the space age in the 1950s, all the way through to landing humans on Mars in the near future. Guide your agency through the space race and write your alternate history of space exploration: any of the agencies can be the first to land on the Moon if you make the right choices.

The developers will be showcasing the game with special guest Andrew Kuh, Head of International Spaceflight Policy at UK Space Agency on Wednesday 17th June at 3-5PM BST. On top of this they will also be hosting an AMA & livestream with special guest Emmet Fletcher, Head of the European Space Agency Branding and Partnerships Office, plus announcing a new Mars Horizon gameplay feature on Friday 19th June at 3pm – 5PM BST.

We will see you in the skies!